Congratulations on the Day of Knowledge!

So this day has come. September 1 is the Day of Knowledge and the start of a new academic year.

Dear guys! Let this day be remembered by long-awaited fun meetings, new interesting acquaintances and the awakening of a thirst for knowledge. The best marks, easy tests, interesting lessons and loyal friends with whom everything that has already been said will easily come true!

And we wish our beloved teachers from the bottom of our hearts professional success, creative inspiration and that they have enough strength and patience for the whole coming year!

Pavlodar search research team “Maidan Zholy” held a meeting with students and teachers of the Pavlodar Higher College of Management. 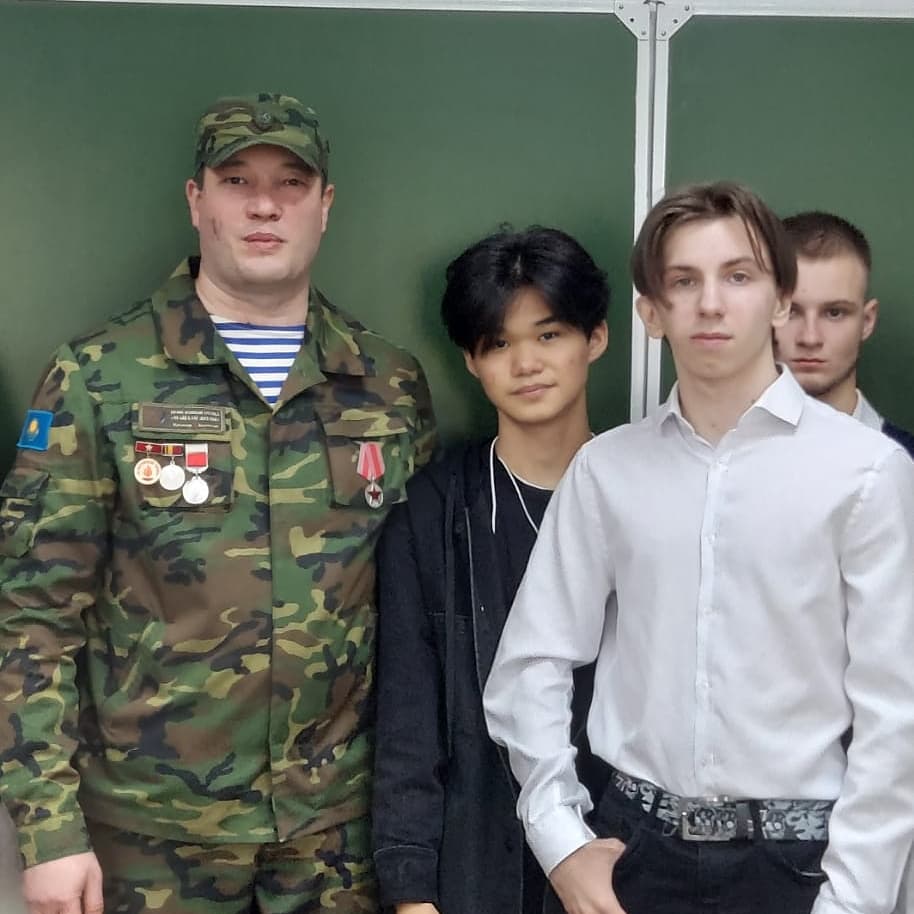 The purpose of the meeting is to form a youth volunteer search and research movement in order to find the fate and burial places of concentration camp prisoners and military personnel who disappeared during the Great Patriotic War.
Alexander Shitov, the commander of the search team “Maidan Zholy”, told the students about the activities of search engines, plans and prospects, how important it is to develop and educate teenagers through their participation in preserving and perpetuating the memory of defenders of the Fatherland, in restoring historical events in their region, developing the continuity of generations.

And also today, on a memorable date on the day of the treacherous attack of the fascists, a ceremony of handing over the remains was held. The remains of the soldier Embergen Asainov. The expeditions are held within the framework of the international project “Batyrlar Zholymen-The Road of Glory”. The Pavlodar search team “Maidan Zholy” has accepted the remains and will go to the Kyzylorda region to transfer them to their relatives.

As a result of the meeting, it was determined that a group of students of the Pavlodar Higher College of Management will be formed from among those who want to learn more about the history of the Great Patriotic War and become participants in the search movement of Kazakhstan.

The student of PVKU took the 1st place in the training championship in the competence “Software solutions for business”.

On June 10-11, the WSK training championship on the competence “Software solutions for Business”was held in an online format.

This championship was attended by:

According to the results of the championship, Samatov Farid, a 3rd-year student of PVKU, took 1st place. 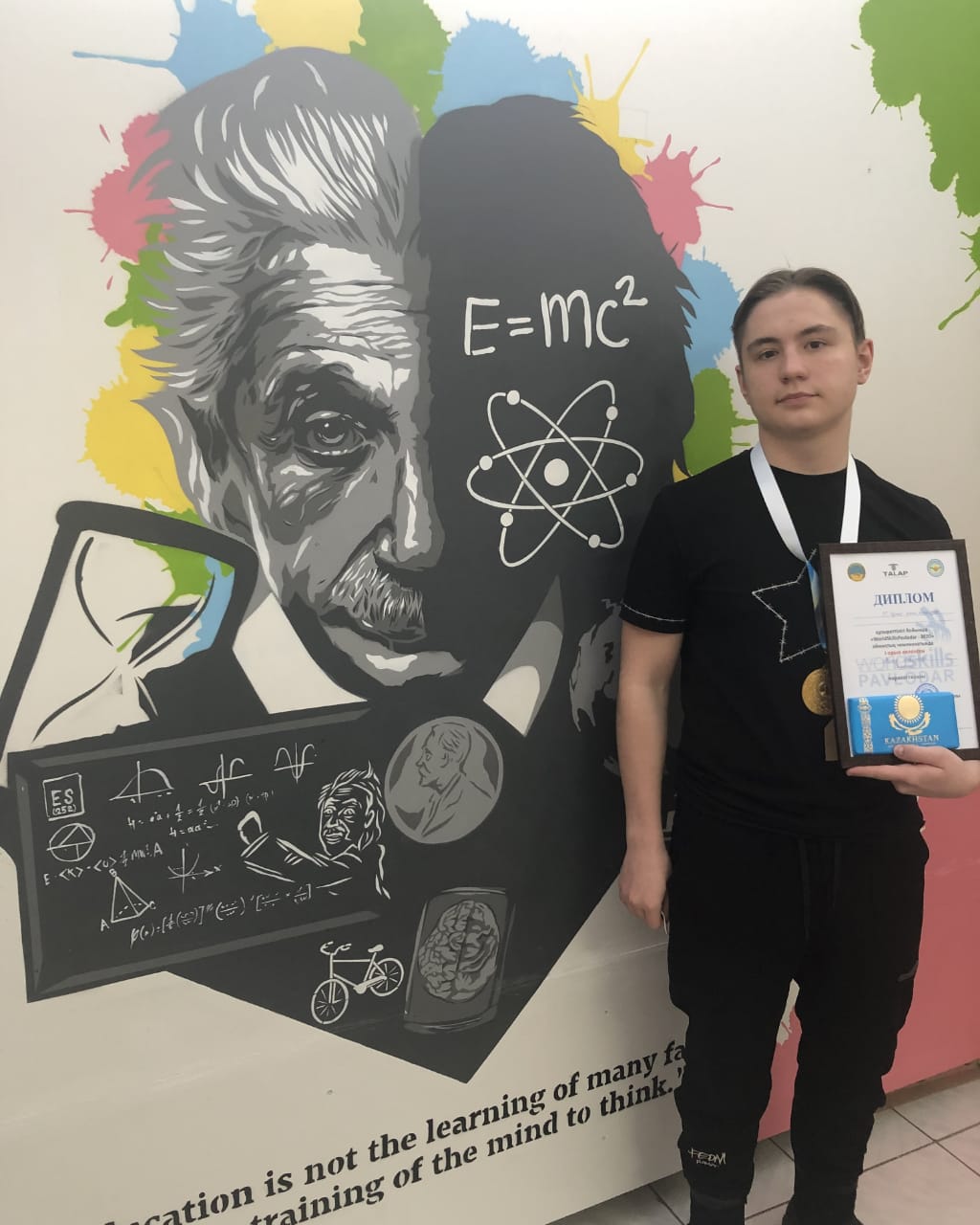 The staff of our college thanks Pavel Sergeyevich Stadnik, an expert-patriot, for preparing the participant and wishes further success at the WorldSkills Kazakhstan championship.

“WorldSkills Kazakhstan – is one of the few professional competitions where both rural and urban children can compete on the same platform. And the main advantage of the championship is its unpredictability – the one who is actually the best will win. Do your job well, whoever you are, and it will definitely be noticed. Today, this is especially important at a time of the development of new technologies and the ever-growing competition in the world of the fourth industrial revolution.

We wish success to our contestants and experts!!!

🖍️Today, a contest of drawings on asphalt was held in the PVKU. The 1st year students took an active part in the competition. The drawings are dedicated to the 20th anniversary of our college🎉🎉🎉

On June 4, 1992, the new state symbols of independent Kazakhstan were approved for the first time – this day will forever remain in the history of the country as the day of new state symbols. State symbols are one of the unshakable foundations of the state.

The results of the annual Republican robotics championship “KazRoboSport-2020”, which was held for schoolchildren and students of our country in December 2020-January 2021, were summed up.

The organizer of the championship is “Kazakhstan Federation of Educational and Sports Robotics KazRobotics”.
Despite the difficulties of the pandemic period, 281 teams from 11 regions of Kazakhstan took part in the championship.
For the first time, the championship across the country was held in an unconventional online format-without spectators, but under the watchful eye of video cameras and online judges.
In the Pavlodar region, the participants of the championship performed at the competition grounds of the Quantorium training and technical center, created at the Pavlodar Higher College of Management to support talented students and develop technical creativity in the educational process.
Students of our college took part in the championship “KazRoboSport-2020” in two categories: Relay Race and Water Maze. 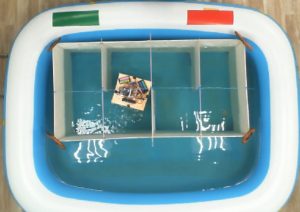 Maxim Shalygin and Vladimir Saponov created a floating robot of their own design, able to get out of the water maze, focusing on the sensor readings. The children are engaged in technical creativity in the Quantorium training and technical center under the guidance of Evgeny Smirnov.
According to the results of the Republican Championship, Maxim Shalygin and Vladimir Saponov won the 2nd place in the Water Maze category. We congratulate the guys on their success and wish them new victories! 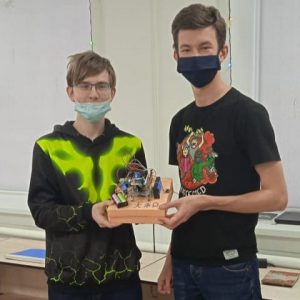 Within the framework of the 30th anniversary of Independence of the Republic of Kazakhstan, as well as on the eve of the celebration of “Nauryz Meiramy”, a snow removal campaign “Taza Tabigat”was launched.

After heavy snowfalls, the consequences of which the municipal services had to eliminate around the clock, the students of PVKU took part in the action. This action is held under the auspices of the beginning of the year of ecology and calls on everyone, especially young people, to help in cleaning snow-covered areas, plots, as well as courtyards of the city of Pavlodar.

On the eve of the favorite spring holiday of Nauryz meiramy, the college held festive events: an online class hour “Nauryz-zhyl Basy”, a presentation contest on the topics “History of Nauryz”, “Nauryz – kozhe”, “Nauryz bata”, “Customs and traditions on Nauryz”, “Nauryz – New Year according to the Eastern calendar”.

An exhibition of drawings and crafts “Zhainau kuni” was organized for everyone. In “Shattyk Kuni”, congratulations, poems, and jokes were heard on the radio line.

In honor of the Nauryz holiday, a tournament on the national game “Togyzkumalak” was held for 1st-year students.

According to the results of the tournament, the winners were determined : 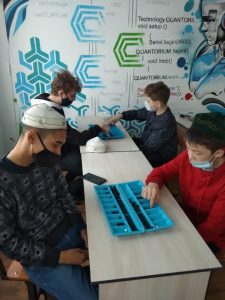 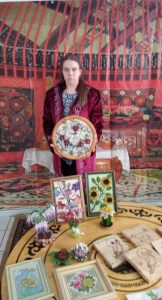 As part of the festive “Marathon of Good Deeds”, students of the PVKU took patronage over labor veterans, home front workers  Zolin G. V. and Zolina N. M., assisted in clearing the yard of snow. Recall that the “Marathon of Good Deeds” was initiated by the President of Kazakhstan Kassym-Jomart Tokayev in December last year at the closing ceremony of the Year of the Volunteer.

The Zolin family expressed gratitude to the representatives of the college for their help in the framework of the “Marathon of Good Deeds”.

On March 19, a team of first-year students took part in the regional student debate tournament “Achievements of Kazakhstan during the years of Independence”, dedicated to the 30th anniversary of the Independence of the Republic of Kazakhstan.

The tournament was held online. At the first stage, the team presented a video on the topic “Three main achievements of Kazakhstan during the years of Independence”. The high rating of this video allowed the team to pass to the second stage and take part in the online quiz “Experts in the history of Kazakhstan”.

Following the results of the two stages of the debate tournament, the NOMAD team took the third place. Congratulations to the guys on the victory!

On February 16, the final round of the all-Russian competition with international participation in the field of information technologies “IT BATTLE”, which was attended by 57 teams from different parts of the CIS, came to an end.

Teams from Omsk, Syktyvkar, Karaganda, Pavlodar, Perm, Bashkiria, Kaliningrad, Yakutia and 18 other regions  Russia and Kazakhstan competed in the ability to work with office applications, database development and web surfing. 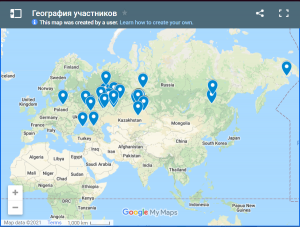 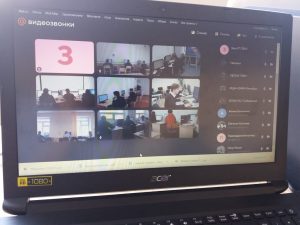 Of course, the guys of our college could not ignore such an interesting project.

The first round of the competition was held remotely. In the final round, only the 8 best teams were selected from among the participants, including two teams of students of the PVK. The guys overcame the competition in the contest “Videovizitka  Pros and cons of distance learning”, passed end-to-end testing in all disciplines of the competition and reached the final:

The finalists had to perform a complex practical task in real time under the supervision of video cameras and a jury in the areas of MS Word+Excel, MS Access, Internet technologies.

We sincerely congratulate the children and their mentors and wish them new achievements!

All the details of the contest: https://padlet.com/dsdjkeee/ITBATTLE2021 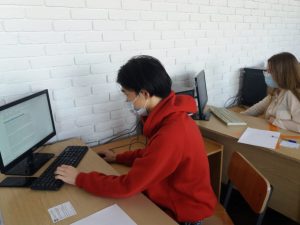